Mike first ventured into the hills as a boy scout at the age of 11.   Through his teenage years he returned many times to explore the hills and mountains of Ireland spent weekends hiking and camping in all types of weather in some of Ireland’s most spectacular mountain ranges. 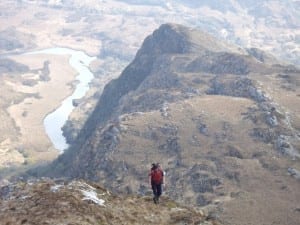 A natural progression from walking in the hills is to look towards the crags and explore the world of climbing.  With little or no experience Mike read books and along with friends began to test their limited skills and knowledge on rock faces.  A shaky start with some school boy mistakes and close calls the tight crew gained in experience and sought training in Scotland before set off for the Alps. 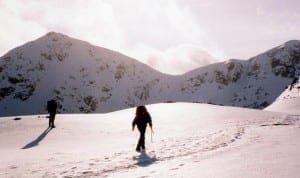 A rare sunny day in Scotland

In 1999 Mike along with climbing buddies and good friends Donnachadh Casey and Eamonn Grant set off for the Swiss Alps.  After some basic training in how to travel in the high mountain’s they set of to bag some peaks.  3 weeks of climbing which included a long tough day on Mont Blanc culminated in a solo mission for Mike as he attempted to hitch hike home to Ireland.  Lets just say it was a journey of mixed success! 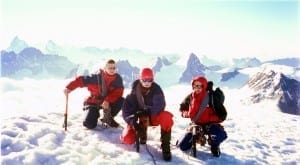 Following this Mike returned once more to the Alps to climbing and also enjoy a few more weeks of Scottish Winter mountaineering.  All of which at this stage played second fiddle to a growing passion for kayaking.

These days Mike still keeps a hand in with his scouting roots as he spends his Easter break in Kerry training young scouts in the skills they need to safely enjoy the hills.  This week long camp “PEAK” is where Mike learned many of the skills he uses to this day and is something he is very proud to be part of. 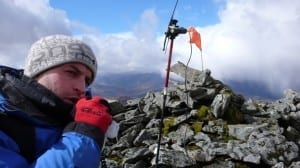 Co-ordinating the action on a Scout Expedition in Kerry