It is amazing to think I am back over a month now and at this stage much of the adventure has faded into a distant memory.  The month has flown by in a haze of work, training, functions and presentations.  Last week was particularly busy with a reception in the University of Limerick (where I work) with the President on Thursday afternoon.  This was a great honour and a nice chance to catch up with and thank many of those who supported me, in particular my colleagues in the Activity centre and in the University Arena. 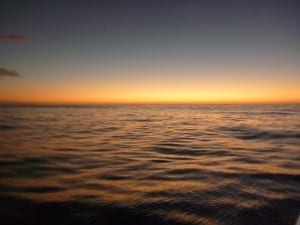 Friday was pretty cool too as I got to meet up with Pete and pay a visit along with our families to the Cork City Hall to meet the Lord Mayor, Dara Murphy.  This was a massive honour for us both and certainly something I will remember for a long time.

But while all this has been going on and I have been busy settling back into normal life not a day goes by when I do not think of the Atlantic and the amazing challenge which it posses to all those attempting in any craft to navigate her waters.  In particular my mind wanders to a man who grows more as a legend by the stroke, mile and day.

Last September I came across Sean McGowan on facebook as he was promoting his solo row in aid of charity.  He was due to leave as part of a race from the Island of LaGomera in early December to embark on the voyage of a lifetime and one of the last remaining great solo adventures.  As an aspiring ocean rower at the time, I sent him a message to wish him luck, little did I know that that message would result in a reply a few weeks later putting me in touch with Pete and as they say the rest is history.   Due to poor weather his departure was delayed until early January, which resulted in his time off work being extended but with the silver lining of getting to spend Christmas back in Ireland with his wife and kids.

Now to row an ocean as I did is not everybody’s cup of tea and those of us willing to take that on realise that we are different and of course if everybody could do it we would probably be off doing something else!  But to consider taking on the challenge of rowing across any ocean alone even boggles my mind.  That is exactly what Sean is attempting to do and in doing so become the first Irish man to row solo across any ocean.

One of the things that I constantly get asked since my return is, was it scary or at any stage did we nearly capsize, I would love to be able to answer yes to add some drama and make it sound like a crazy and wild adventure that only a handful of select extreme adventures could achieve.  But the answer is no I was never scared or in fear for my life.  Much of this was down to having 5 other capable individuals close at hand to help out and provide support at all stages.  That is why I believe that 99% of people could do what I did.   However to do what Sean is doing is truly extreme and requires a certain something special.

Not that I don’t believe that 99% of people could with the right amount of motivation and training put a solo boat on the start line, that to be honest is easy in comparison to what Sean has enduring over the past 100+ days at sea.  Try putting yourself in his shoes for a moment, race starts yippeee, 3 days of sea sickness, no power, wet batteries, communication problems, boat flooded, thrown over the side (twice!), broken rowing gate, broken water maker, fixed water maker, lonely days at sea, lonley nights at sea, countless days on sea anchor going backwards!  Now ask yourself would you still be out there, I am not sure if I would be.

What is it that drives him on, I do not know, but what I do know is that he is one of the few people on this planet that has what it takes to endure all of this and get up the next morning to pull on the oars for another 16 hours.  He has had every excuse to throw in the towel and even if he did he could hold his head high as what he has achieved to date is staggering, but I do not believe it is in his make up to quit, if it was he would have done so long, long ago!

If you have not checked out his website go to www.atlantic09.com or check him out on facebook, he not only needs your support he deserves your support.

And before you ask, no I do not envy him out there by I certainly admire him, and I look forward to sharing stories over a pint in Limerick some time in the not too distant future.

“To the brave and faithful nothing is impossible”, I just hope Sean has enough bravery and faith in the tank to cover the last 500 miles, send him your support to make sure he does.